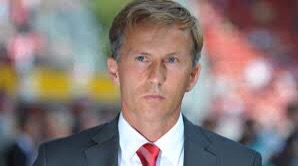 Andries Jonker has today left his position as Arsenal’s head of academy to become the head coach at Bundesliga side Wolfsburg.

Having arrived at Arsenal in July 2014, Jonker went on to make a significant impact during his time at the club and oversaw the acquisitions of some extremely exciting young talents, including Jeff Reine-Adelaide, Donyell Malen and Vlad Dragomir.

There were also some slight changes in playing style at youth level under Jonker’s guidance as the Dutchman encouraged the Arsenal prospects to move the ball quicker and be more direct in their approach.

The progress of Alex Iwobi and Ainsley Maitland-Niles can be partly attributed to Jonker’s decision to play individuals in various different positions to enhance their overall game, while this season Ben Sheaf has benefitted from moving from defensive-midfield to centre-back.

Another intriguing element of Jonker’s tenure was his choice this season to send several of Arsenal’s best prospects on loan to Dutch football, with the likes of Kelechi Nwakali and Dan Crowley benefiting from regular playing time.

Meanwhile, having fallen into the second tier of second string football Arsenal have now seemingly stabilised themselves in the top division.

There has also been progress off the pitch, with improvement works talking place at the club’s London Colney training ground and the Hale End academy.

It hasn’t all been plain sailing for Jonker, however, with Arsenal’s lack of defensive resources at U18 level remaining a pertinent problem.

Furthermore, Arsenal have struggled to make any sort of progress in the UEFA Youth League under his guidance and this season were eliminated from the competition in the group stages.

An additional difficulty this season has been that there are several players that are clearly surplus to requirements, such as Glen Kamara, Kristopher Da Graca and Aaron Eyoma, who have remained at the club despite having no long- term future at Arsenal.

Overall, the positive aspects of Jonker’s reign outweigh the negatives but now the search is on for his successor – a key decision that could have a significant bearing on the club’s future.