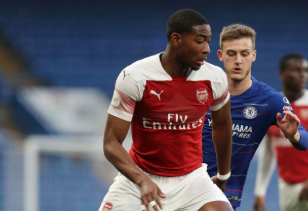 The defender, who can play at centre-back or left-back, has since amassed a wealth of experience at youth level, playing 40 times for the U23s, with whom he won the Premier League 2 title in 2018.

Medley has made three appearances for the Arsenal first-team but fell down the pecking order last season.

This campaign he could go out on loan for the first time in order to gain some much-needed experience of senior football.