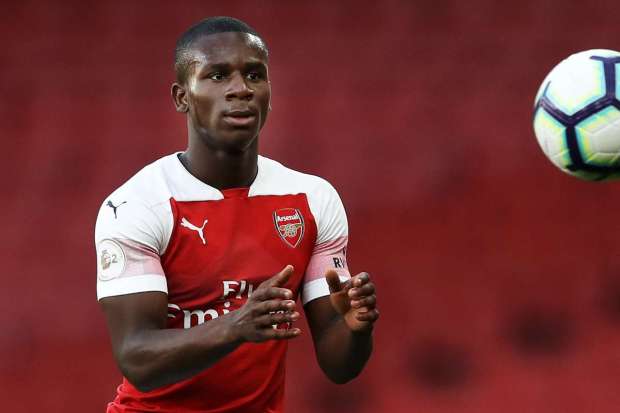 William Saliba, back from his loan spell at Saint-Etienne, isn’t eligible to play tomorrow but is training with the squad in preparation for next season.

The centre-back was joined by Jordi Osei-Tutu, who enjoyed a hugely productive conclusion to his loan spell at VfL Bochum.

Osei-Tutu’s Arsenal future remains unresolved amid rumours that Bochum want to sign him permanently but the fact that he was selected to train with the squad indicates that Mikel Arteta is at least interested in assessing the 21-year-old.

There is a possibility that Smith, who has already been on the bench for the first-team on five occasions, could be named amongst the substitutes at Wembley.

Hector Bellerin, who has recovered from injury, should be fit enough to feature, while Bernd Leno is back in training but Emiliano Martinez is still set to start in goal.