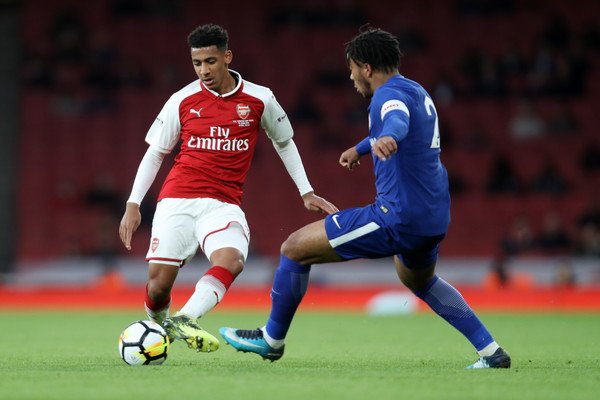 Arsenal defender Dominic Thompson has signed his first professional contract with the club.

The left-back, who turns 18 next month, showed some significant signs of imorovement last campaign and frequently captained the U18 side in the league.

Thompson also featured in the run to the FA Youth Cup final and was named on the bench for the Premier League International Cup final against Porto.

Next season Thompson will no longer be eligible for the U18s but he will aim to establish himself as an important part of the U23 side and he could play in the Checkatrade Trophy.

Thompson follows on from Daniel Ballard in signing professional terms with Arsenal, while it has yet to be confirmed whether Robbie Burton and Tobi Omole have accepted the contracts offered to them.