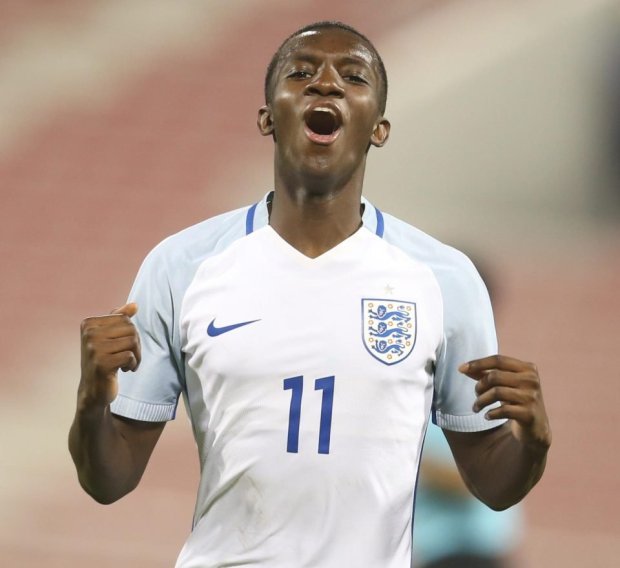 Arsenal striker Eddie Nketiah was amongst the scorers as England U19s continued their Elite Round qualification campaign with a 3-0 victory over Latvia.

Mason Mount and George Hirst were also on the scoresheet as England managed to build upon their victory over Hungary.

In addition to Nketiah, two other Arsenal players, Reiss Nelson and Joe Willock, were also involved.